The Directorate of the Galapagos National Park “Parque Nacional Galápagos” (PNG) has defined strategies, measures, the budget and the staff to be used in the individual research activities as part of the implementation of the management plan for the conservation of the pink iguana (Conolophus marthae ) will work together. According to the authority, an expedition has shown that the population of the endangered species is two hundred and eleven animals. During the census at the "Wolf" volcano, several iguanas were found and captured, ninety-four percent of them live at an altitude of over 1,500 meters. 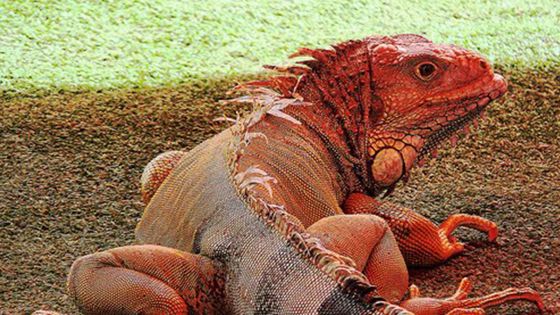 "Conolophus marthae" is native to the Wolf Volcano region north of Isabela Island in the Galapagos Archipelago in the Ecuadorian Pacific. It can be up to fifty centimeters long from the snout to the tail. Its main enemies include hawks, while rats and introduced cats are potential predators for its eggs and young. However, its diet and life expectancy are unknown. It was first described by park rangers in 1986, but was not spotted again until 2009. Its distinctive feature is the striking pink body color with vertical black stripes. It occurs only in the area of ??the wolf volcano, which extends over an area of ??twenty-five square kilometers. (Source: latina-press.com)


◂ Back to overview